All that really means is that in a week, the days start to get shorter. As depressing as that sounds there is still plenty of summer to be had, and it’s not really worth getting depressed about!

As the season ended in Khanty, I was mentally done. I needed a break, and a good long break at that! So that’s just what I did, though I initially spent some time at my parents in MN it wasn’t long before I packed my bag with shorts and headed to the golden central coast of California!

I’d love to tell you that I had a nice relaxing vacation of sitting on the beach, surfing, and drinking beer, but that’s not exactly what happened. I mean I did all those things, but I reached a point of boredom and I couldn’t help myself! 5 weeks is a long time to be on vacation, and sure enough, after about 1 week I was getting a little antsy.

I proceeded down to my local Carmichael Training Systems location, made some friends, borrowed a bike, and started biking. I biked a little, then I biked a lot, and then I biked some more! Eventually though it was time to start back up for Biathlon. I’ve transitioned from the west coast back to Lake Placid, dusted off the rollerskis and running shoes, and unfortunately my rain coat too.

For now the training is going pretty well, and on days like yesterday it’s easy to see why! Thanks for checking in! 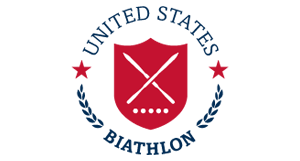